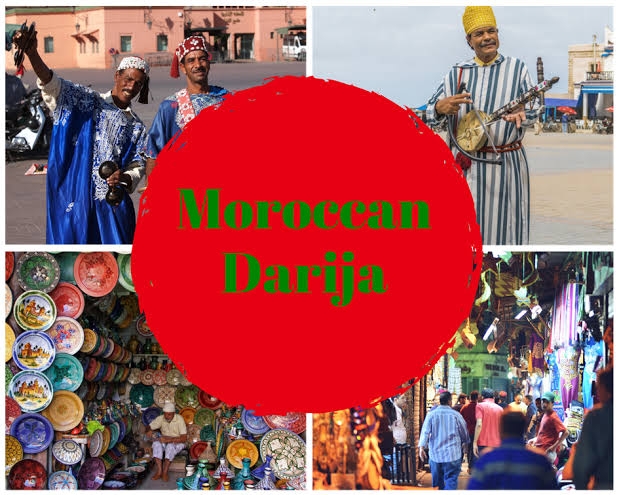 The MSA dialect was formed in the late 19th century. It was developed as the modern version of the Classical Arabic dialect. It is the official dialect of the Arab world. MSA is used in educational settings and across different nationalities. In its written form, MSA is relatively consistent across national boundaries.

There is another distinction based on regional Arabic groups. This form of distinction is independent of the two groups of Arabic dialects mentioned above. Against popular opinions, dialects that belong to these regional language groups are not described by modern state lines.

The primary factor for distinguishing a group in this category is the influence of a previously spoken language in the region. The region is formed by different Arabic dialects that are on the same borderline. Because of the proximity in cultures, they can readily understand one another.

Can North African Darija Be Identified with a Group or Region?

Darija is said to belong to this Maghrebi Arabic Dialect group. This group includes Moroccan Arabic and Algerian, Tunisian, and the most distant Maghrebi dialect variant, Hassaniya Arabic. Moroccan Darija is known as the most difficult for speakers of other dialects to understand all these dialects.

The further you travel east, away from Morocco, the more difficult this dialect is said to become. Some Arabic speakers have even said that the Moroccan Darija sounds like a different language when they hear it. And some Moroccans insist that Darija is actually a different language.

Is North African Darija an Arabic Dialect or a Different Language?

Moroccan Darija has variant renditions such as ed-dārija, derija, or darja. It is considered a different language because it has been influenced by language mosaic. Still, many Moroccans insist that Darija is indeed Arabic. They acclaim that it is closely connected with classical Arabic.

Arab Muslims brought Islam and the Arabic language to Morocco in the seventh century. The Islamic conquest of the Maghreb region brought about this. Before then, Morocco’s population consisted mainly of Berber people. A population that has now grown to between 30 and 40 million people.

The term Berber refers to Amazigh people in the North African ethnic group. These people speak the Amazigh (Tamazight) language. These Amazigh speakers learned Arabic, the language of their then-new rulers. This naturally means their native Amazigh language influenced the way they spoke Arabic.

Darija’s unique features are sourced from the natural influence of the Amazigh language. Hence, North African Darija is an Arabic dialect. Since the Arab invasion between 647 and 407 BC, the language has witnessed more influence among the Amazigh. These new influences shape Darija into the way it is now.

Shortly after the seventh century, rebellions were rising in the Arabian Peninsula. After subduing these rebellions, Arab Muslims went on to conquer neighboring territories. The territories they conquered comprised three continents.

Subsequently, there was the need for significant interaction between the Moroccans, Spanish, and Portuguese speakers from nearby peninsulas. Later on, in the nineteenth century, France’s interest in Morocco brought French influence to the country.

Western Sahara remained a Spanish protectorate until 1975, when Morocco annexed it. Upon independence, Morocco’s official language became (Darija) Arabic. But by 2011, Amazigh was also announced as an official language. However, French is still a prestigious language among the Moroccans.

Until this day, many Moroccans are fluent in French, especially in the major cities. It is most commonly used in business, government parastatals, and Universities. This has resulted in the continuous influence of French on Moroccan Darija, especially their academic vocabulary.

To Learn Which Interpreter do I need?

Check out the Crystal Clear Translation website to learn more about North African Darija and other Arabic dialects.

Ready for a Learning Quote?

Suppose the need arises for you to converse in Moroccan’s native Darija dialect; you will need a preliminary knowledge of the Arabic dialect. The need could come while on a trip to the North African country or other means. To get help translating or interpreting, use the quote tool to find out more about how we can help you