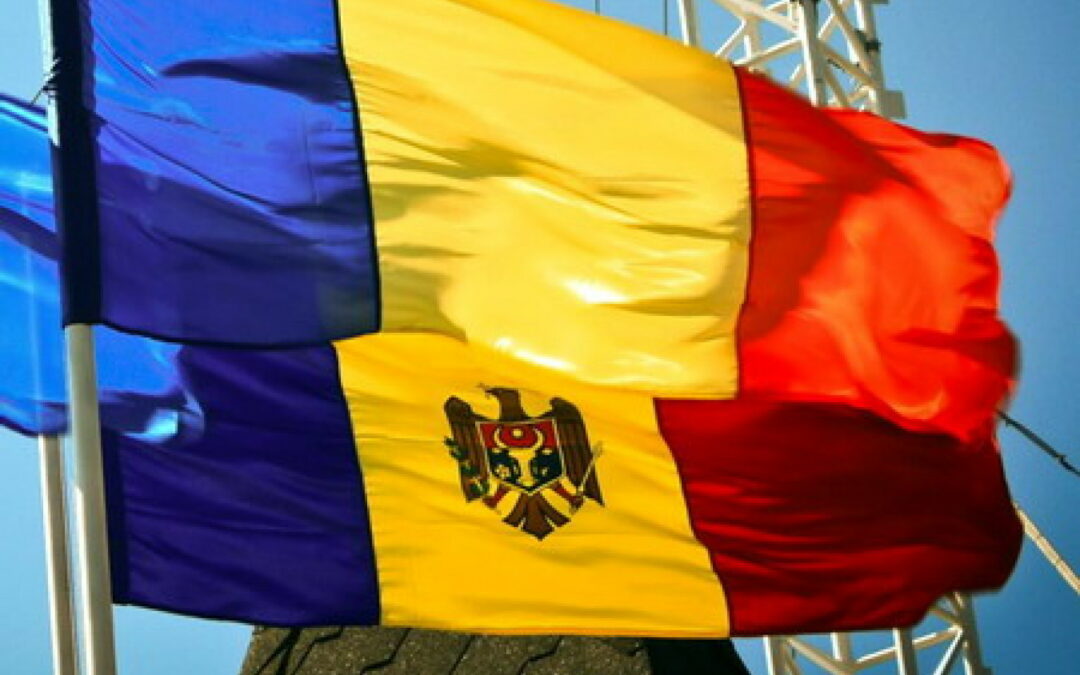 The existence, transformation, and use of language is often a good way to look at the socio-political background of any country or region. This is particularly true when we look to Eastern Europe, where (especially since the dissolution of the Soviet Union) questions of ethnicity, nationality, and language have often been a contentious issue, particularly recently.

The linguistic debate that exists between Romanians and Moldovans is no exception. The question ‘Are Romanian and Moldovan the same language?’ will get you a range of different answers, depending on who you ask.

The Romanian government, and indeed many Romanians, consider Moldovan and Romanian to be one and the same. At the same time, many Moldovans recognise ‘Moldovan’ as a separate language, particularly in the break-away region of Transnistria, where the language spoken is uniformly referred to by this name.

In truth, Moldovan is a ‘breakaway’ branch of Daco-Romanian, the name given to the standard, most widely spoken dialect of Romanian (distinguishing it from dialects spoken in North Macedonia, Greece, Albania, and parts of Bulgaria, known broadly as Aroromanian, Megleno-Romanian, and Istro-Romanian).

So, are Romanian and Moldovan the same language? The short answer is ‘sort of’. To understand the differences and similarities between the two linguistic entities, it is necessary to look at the history of both Romania and Moldova to understand how such a dilemma came to be.

Before the First World War and the establishment of the Soviet Union, the issue of whether Romanians and Moldovans formed a single ethnic group was up for debate. Some scholars argued that Moldovan peasants had experienced a different political environment and missed the development and spread of a pan-Romanian political and national consciousness. Therefore, the Moldovan identity, and therefore the type of language they spoke, already felt quite separate even prior to the Soviet Union.

The idea of distinction between the two languages was reinforced under the Soviet government (Moldova was under Soviet control from 1924-1991, and Romania from 1944-1989), with the state emphasizing differences between the Romanian and Moldovan people, despite the similarity of the languages they spoke. One major difference between the two languages was that Romanian was (and still is) written using the Latin script, while Moldovan (known back then as ‘Moldavian’) was written in the Cyrillic script, which furthered the idea of the Moldovan language’s separate identity.

Since the fall of the Soviet Union and the independence of both Romanian and Moldova, there has been some back and forth in terms of policy and public opinion when it comes to the question whether the two languages are actually just one language. In 1989, Moldovan largely began to use the Latin script again, tying it closer to Romanian. In 1991, Moldova’s Declaration of Independence used the term ‘Romanian’ to describe the language spoken in the country. However, the 1994 Constitution declared ‘Moldovan’ as the country’s official language. Then, in 2003, the Moldovan government adopted a law that considered ‘Romanian’ and ‘Moldovan’ as glottonyms of the same language (i.e that Romanian and Moldovan are just different names for the same entity). In an attempt to ‘seal the deal’,

This constant linguistic tug of war was far from over in 2013, however – in 2017, the presidential website under Igor Dodon saw the Romanian language option changed to Moldovan, to be ‘in accordance with the constitution’. This was reversed on the 24th December 2020, the day Maia Sandu assumed office.

As we can see, the issue is ongoing, at least politically – but what do the Moldovan people themselves think? In short, they are also divided.

In a 2004 census, 16.5% (558,508) of the 3,383,332 people living in Moldova stated Romanian as their native language, whereas 60% of respondents declared it was Moldovan. Interestingly, most of the former group resided in more urban and metropolitan areas, while those in the latter group were from more rural regions within the country. More recently, the 2014 census showed that 54% of Moldovans call their language Moldovenească (Moldovan), while 24% refer to it as Română (Romanian).

There is also the issue of Transnistria, the aforementioned unrecognised breakaway state within the Moldova region. Here, Moldovan is recognised as an official language, alongside Russian and Ukrainian – this region has also reverted to the use of the Cyrillic script. Because of this, there are some who argue that ‘Moldovan’ has ties to Russia and the Russian language, and as a result, many reject the term in order to reject Russian influence on Moldova and Romania.

Despite this concern, the general consensus seems to show that there is still an active desire by a majority for Moldovan to be recognised as separate from Romanian, regardless of how linguistically similar they may be. Only time will tell how this desire plays out.

Though it is true that Romanian and Moldovan are hugely mutually intelligible, with the main differences between the two lying in pronunciation and certain nouns and expressions, one thing is markedly clear – the desire and effort to either homogenise or seperate the two entities is mostly a political, not linguistic, issue. Therefore, the answer to the question of whether they are the same or not is mostly a question of personal views and preferences.