Six Influential Linguists That Everyone Should Know About 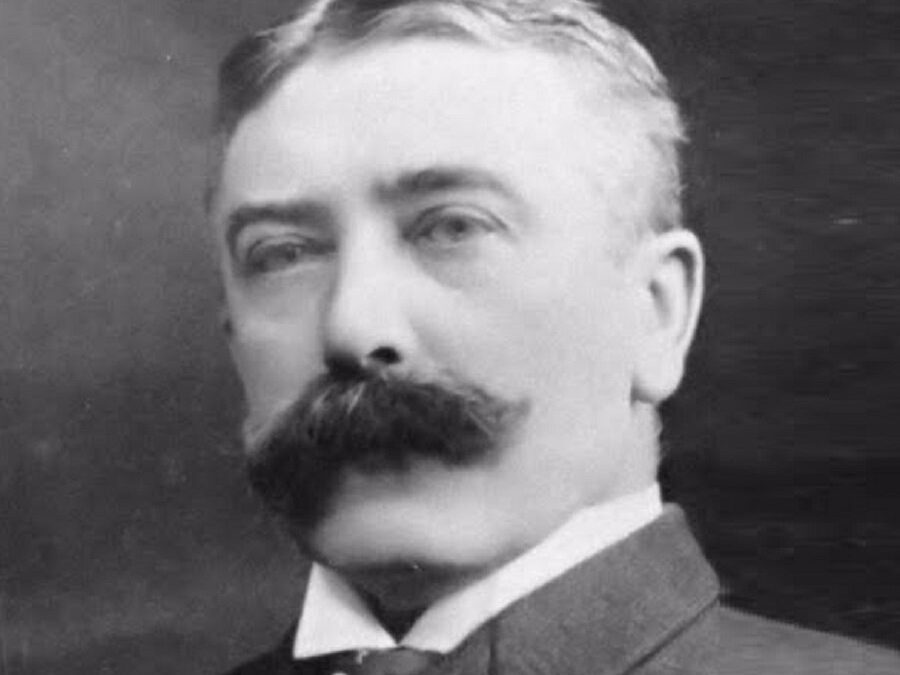 When we talk about the ‘great minds’ of history, most people think of famous philosophers, inventors, scientists, and writers – think Socrates, Einstein, Da Vinci, Sklodowska- Curie, Freud, and Dickens. It is certainly true that all these figures and more have had a significant influence on how we see and understand the world. Yet, there is one group of people whose contributions to our physical and intellectual society are so often overlooked – linguists. To rectify this erasure, I have compiled an introductory list of some of the most important names in the history of linguistics, whose work anyone – especially those interested in how language functions – should definitely read.

Often known as the founding father of modern linguistics and semiotics (the study of signs), Swiss linguist Ferdinand de Saussure (b. 1857- d.1913) introduced the theory of Structuralism into the discipline of linguistics, explaining how language is made up of a system of signs (underlying meanings) that are structured by conventions. In short, he proposed the idea of language as a socially structured system that could be viewed from both a synchronic and diachronic viewpoint (how it exists at a certain time and how it develops as time goes on). Saussure also gave a series of important lectures on linguistics and his theories which were later compiled into what became Cours de linguistique générale (‘Course in General Linguistics) that would go on to provide an integral foundation for 20th century structural linguists and the discipline as a whole. Saussure is one of the most important figures in the history of linguistics as his work marked the beginnings of a more theory-based approach to the study of language (moving away from previous more ‘history based’ analysis) and many 20th century linguists used his theories as a starting point for their own work, theories that are still often cited today.

Probably the most recognisable name on this list, Noam Chomsky is a world-famous intellectual known just as much for his political activism and criticism as for his formative work in modern linguistics (for this, Chomsky is also often referred to as the ‘father’ of the modern discipline). Though he has written over 100 books on linguistics and is responsible for many different theories and analyses, Chomsky’s most famous contribution to the world of linguistics is his concept of ‘universal grammar’, the idea that all languages have the same underlying structures and laws, simply using different words and sounds on the ‘surface’ level. The theory also proposes that humans are innately equipped with the ability and desire to learn grammar, regardless of our native language. Another of Chomsky’s contributions include the Chomsky Hierarchy, a system that organises formal grammars into different classes based on their complexity. It would take a long time to list all of Chomsky’s ideas and achievements, but he is, in short, one of the most important figures in modern linguistic studies and cognitive science, leaving a lasting influence on both intellectual and socio-political spheres.

An author of over fifty novels, Italian writer Umberto Eco was many things – historian, philosopher, critic, and a socio-political commentator. He was also a prominent and important linguist. Specifically, around the area of semiotics, the study of signs, which are defined as anything that communicates something, usually a certain meaning. He introduced a wider audience to the concept and use of semiotics through his literary work, including the award-winning medieval monk murder mystery The Name of the Rose, where semiotic operations are key to several parts of the narrative. Publishing A Theory of Semiotics in 1975, he criticises the theory that the meaning of signs is determined by the objects (thing or event) to which they refer. Eco’s combination of narrative fiction and linguistic philosophy made him one of the foremost thinkers in the field of semiotics and allowed complex theories to be explored and applied through a more approachable medium.

One of only two women on our list is Robin Lakoff. Lakoff is responsible for making gender a part of the study of linguistics, with her 1975 book Language and Woman’s Place introducing ideas about women’s language (and how women modify their language to suit the world around them) to the field of sociolinguistics. She also developed the ‘politeness principle’, the idea that politeness can be achieved adhering to three main ‘maxims’ – don’t impose, give the receiver options, and make the receiver feel good. In The Language War (2000), Lakoff analysed contemporary events and issues through the lens of linguistics, with examples like the OJ Simpson trial and the Monica Lewinsky affair. In what is so often a male dominated field of study, Lakoff was instrumental in proving that the study of linguistics cannot be separated from the material realities of sex and gender.

The other woman on this list, Eve Clark is a British-born American linguist whose research focuses primarily on first-language acquisition and meaning acquisition. Her work shed light on how humans first acquired language and how children today do the same. Clark’s theories have influenced how some scientists study early years development, as well as improving our understanding about how children learn new things and how they should be taught.

Last but certainly not least is Canadian American linguist and cognitive phycologist Steven Pinker. Pinker is the author of many wildly successful popular science books – his most famous, perhaps, is 1994’s The Language Instinct. In it, Pinker argues that all humans are born with an innate capacity for language and language learning and argues against Chomsky’s idea that evolutionary theory does not explain the human language instinct. Pinker is one of the foremost figures in modern cognitive psychology and psycholinguistics and is noted to have made linguistics more ‘accessible’ to a wider audience, with books like How the Mind Works intended for general, rather than specific, readers.

Anyone who is interested in how language and our relationship with language works (or who is simply looking for some mind-broadening reading) should absolutely start by looking at the output of even one of the above linguists. Thanks to people like Chomsky and Lakoff, we now have a deeper understanding of how our words come to be and the different meanings they may have.

If you or anyone you know requires translation or interpretation services in any language, visit us here at Crystal Clear Translation for a quote.