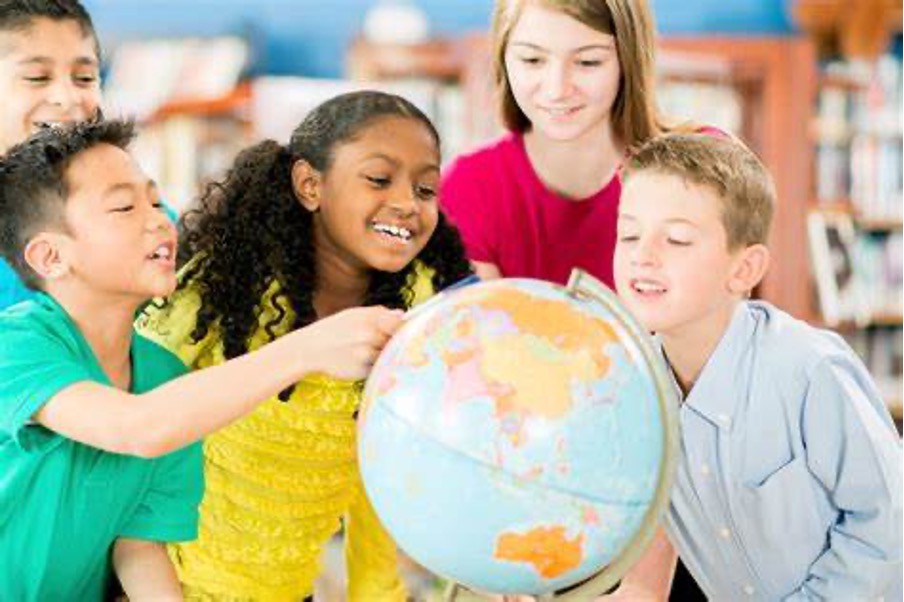 In the United Kingdom, we live in an (increasingly) monolingual society, a reality reinforced by the fact that English is often considered as the most ‘international’ tongue, meaning most native English speakers do not feel the need to study other languages. For this reason, most parents do not consider the possibility of raising their child as bilingual or multilingual, because from their point of view, what would be the point? Despite this growing mindset, government statistics show that as of January 2021, 1.6 million (19.2%) of UK school pupils are recorded as having another language alongside English, with 19.3% of pupils recorded as having another first language, with English as their second (ESL). Given these not insignificant figures, it raises the question: do children raised as bilingual or multilingual have advantages (or indeed, disadvantages) over their monolingual peers, and should we bring our children up knowing more than one language?

Advantages of raising a child as bilingual or multilingual

To begin with, there are arguably many social benefits to raising a child as bilingual or multilingual. Firstly, the child maintains a strong connection to the culture of the language they have been raised in, particularly if one or both parents are fluent or native speakers – in addition to this, communication with extended family overseas is far easier for any bilingual or multilingual child, increasing both a sense of familial belonging and a pride in their own background. In terms of wider social interaction, bilingual children have an ability to make friends from a larger and more diverse social background, and some studies have shown that preschool-age children who are raised as bilingual have an easier time in understanding the desires and perspectives of others, as well as possessing an increased sensitivity to certain features of communication in their peers (tone of voice etc.). As such, we can infer that those multilingual children are better equipped to deal with general social interactions from an earlier age than their monolingual peers are and are also therefore likely to be more confident in themselves and more in tune with the wants and needs of others, an advantage for any child.

As we compare multilingual and monolingual children, it is important to address the supposed cognitive advantages that the former group possesses over the latter. Studies have shown that children raised as bilingual or in a multilingual environment have been shown to develop an earlier understanding of theory of mind and are able to differentiate between different spoken languages from a much earlier age than monolingual children, as well as possessing a slightly greater aptitude for memorisation, a skill that carries on to later life. In addition to this, bilingual children (and later adults) outperform their monolingual companions in terms of executive function – for example, multilingual children and adults find it easier to remain focused for a greater period of time and are able to switch between tasks with greater ease. Given the above advantages, it is also unsurprising that children raised as bilingual or multilingual are far more likely to be able to learn another language (or languages) at a later stage, often having a greater understanding of grammatical structures and an enhanced vocabulary. In short, these developmental bonuses can give children a greater head start in life both in and outside the classroom, making them more likely to succeed in later life when compared to children raised as monolingual, having ‘trained’ their brain from a young age.

One other obvious benefit to raising a child as bilingual is that they will have a greater access to a larger and more impressive cultural sphere. A multilingual child will be able to experience a more diverse selection of cultural artefacts, such as films, music, and literature. These multilingual children will understandably have a more expansive outlook from a young age because of such exposure to more international media, putting them at an advantage over their monolingual peers who may have a more insular pool of cultural interests that may come to limit their overall outer perspectives.

Raising a child as a bilingual or multilingual speaker may also provide job opportunities, as well as the ability to travel and work in other countries. Being able to speak more than one language can boost a multilingual or bilingual speakers wage by between 10% and 15%. Studies have also found that countries with a high number of multilingual speakers, such as Switzerland, also have a higher proportion of Gross Domestic Product (GDP) from international trade. In the UK, an estimated 68% of those who spoke a second language said that they actively used their second language as part of their job. English is used widely as a lingua franca in the business world, but the ability to speak other languages such as German, Arabic, French, Spanish or Mandarin can increase one’s prospect of earning a higher wage.

To some extent, the ability of bilingualism and multilingualism can also contribute in later life to a better quality of ageing and brain health. Some scientific studies have found that lifelong bilingual and multilingual speakers consistently stimulate areas of their brain that could protect them from dementia and Alzheimer’s disease. In fact, researchers in northern Italy found that bilingual speakers with similar dementia symptoms to monolingual speakers were on average five years older than the other patients, and also discovered that their ability to speak a second language meant, despite their illness, they had better levels of brain function and “stronger connections between certain brain areas compared to those who only speak one language”.

Moreover, a study of 600 stroke victims by the University of Edinburgh in 2015 found that 40.5% of stroke victims who were multilingual speakers had recovered a normal level of mental functions, whereas 19.6% of monolingual speakers in the study recovered the same level of mental functions. While there are no definitive answers toward the health benefits of speaking more than one language, it is still true that multilingualism and bilingualism can provide beneficial cognitive stimulation and requires a significant amount of brain activity, which could aid in the preservation of grey matter in the brain.

Potential challenges for a bilingual child

Whilst there are an array of advantages to being a bilingual child, it is still important to consider some of the challenges that may arise throughout a child’s development and language learning journey. It is worth noting that each child is different, therefore their response to bilingualism may vary.

Some argue that being bilingual or multilingual can cause a child to be confused and mix up words from the different languages they speak. This confusion is referred to as code mixing. However, this language mixing is regarded as being normal for bilingual children and is the result of the child trying to navigate between two languages. In fact, scientific research suggests that bilingual infants, for instance, “readily distinguish their two languages and show no evidence of confusion”, and, by 4 months old, a bilingual infant can distinguish between rhythmically similar languages.

Whilst some children may have mastered speaking more than one language, reading and writing in both could arise as a different challenge. Suppose a young person is fluent in one language, in the process of learning how to speak the second proficiently basic reading and writing skills may get missed. This could result in a negative impact on the child’s learning development. For example, a child who has moved from Poland to England, is likely to only be encountering English on a more regular basis when they begin school- although the child may have learnt basic English-speaking skills in their surrounding environment it’s not as probable that they will have the ability to read and write in English straight away.

The term receptive bilingualism refers to an individual who has a solid understanding of a certain dialect through the means of excessive exposure, however they are unable to communicate in it. This is something that’s quite common amongst bilingual children. One theory suggests it is most likely to affect children with bilingual parents. When parents or guardians can speak two languages, the children are more likely to be exposed to it from a very young age, gauging a moderate understanding of the vocabulary and grammatical elements. Receptive bilingualism occurs through a lack of reinforcement and emphasis on the content the child is taking in. It makes sense that this would occur in this instance due to the heightened exposure to another language. For example, an English family who have moved to France; a young child may be present with their parents speaking French in public, but the need for emphasis in these cases is minimal- this results in the child adapting to the language but not gaining the ability to communicate in it.

We should consider the role that prejudice could play in the upbringing of a bilingual child. It is unfortunate that bilingualism may not be as celebrated as it should be. Some children may not have grasped an understanding of cultural and ethnic variations which could possibly result in uncompassionate and thoughtless assumptions being made about people. If this type of prejudice does occur, it could have a detrimental effect on the individual in question, with the potential of bullying and isolation coming to light. To refrain from these types of matters occurring, it would be advantageous for children to be educated on diversity from an appropriate age.

An interesting point to raise, which although considered a myth, is the part that cultural bias may play in families. In some rare and extreme cases, some parents are unhappy with their children learning another language- it has been found that a small minority of adults believe this to be an attack on their culture. Whilst there is no strong evidence to support the claim, there is known to be a misconception that learning a second language could slow down a child’s learning and development.

How can these challenges be overcome?

In instances where bilingual children may face any of the challenges mentioned above, there are many ways in which they can be minimised or overcome completely. A great deal of the language learning can take place in the home, with regular and balanced exposure to both languages. Immersing a child into language every day can pay off in ten folds, with the integration of speaking two languages in day-to-day activities for instance. Whilst parents may consider a few of these tasks to aid their child’s learning, it remains important to ensure the learning process is fun and enjoyable.

It seems that there are ample benefits to a child being bilingual. Whether it be increased cognitive skills or standing strong suit for employment in their older years, it would be wise to presume that the benefits outweigh the challenges. Even when challenges occur which may hinder the child’s abilities, it is important to note there are strategic ways to overcome these obstacles. Possessing the ability to speak two languages to a proficient level could pay dividends to future generations: opening doors to new prospects along with a seasoned understanding of cultural and ethnic diversity.

If you require an interpreter in a certain language, visit Crystal Clear Translation for a quote.