The Growing Importance of Multilingualism in London

Multilingualism is the ability of an individual to master, speak and write effectively in three or more languages. Understanding more than a language isn’t anything out of the ordinary these days, with at least 75% of the world’s population being at least bilingual.

Diversity in languages is necessary for evolution, this may be attributed to the manner through which cultures are passed and understood through language, plus, these languages tend to reflect the history of the people who speak them.

Speaking a language is of utmost importance to any human, but speaking more than one language ensures a plethora of possibilities especially in today’s world.

London has high rates of multilingualism in comparison to the rest of the UK. In the 2011 census, 90 languages were reported to be spoken in London alone. Today, London may be likened to the proverbial Tower of Babel (post-confusion). It has been reported that within the boundaries of the city, 300 different languages are regularly spoken. In any supermarket queue in London, it is possible to hear many languages spoken other than English. From Urdu, Pashto, Somali, Polish, Czech, Yoruba, Arabic among so many others.

Many educational institutions in London not only offer their students the option to learn a second language, but they also make it mandatory. From French, Italian to even Spanish. Students of today can benefit from a growing multilingual culture. However, the increasing lingual diversity of the city of London has attracted much interest and debate among public service providers, educationalists and even the public.

The biggest question of all, what are the benefits/ importance of multilingualism in London?

The growing importance of multilingualism in London

Multilingualism continues to exhibit certain traits of importance within the city of London. From economic growth to diverse employment opportunities, the list continues to grow exponentially. Below are some of the measurable benefits of multilingualism in London.

Some companies are multinationals, hence hiring an individual who knows multiple languages can prove to be a better human resource management decision.

On the other hand, social workers and school teachers who are multilingual can aid the seamless integration of students and families who have just recently moved into the city, thereby ensuring a solid workforce and an array of cultures on display.

In a situation where the majority of the population is bilingual, it becomes increasingly difficult to communicate in any language without being understood, hence making it incredibly difficult for brewers of trouble to pass messages without being noticed.

It also helps to avoid the natural attacks on fellow Muslims which may follow such attacks, in schools and work, as well as other public places.

Multilingualism in London can also help to deal with certain variances and create cultural sensitivity, help with competency in international contexts, and also help with successful international interactions, especially in professional environments. 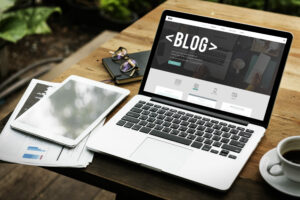