The Scandinavian Countries: Why Are They So Good At Speaking English? 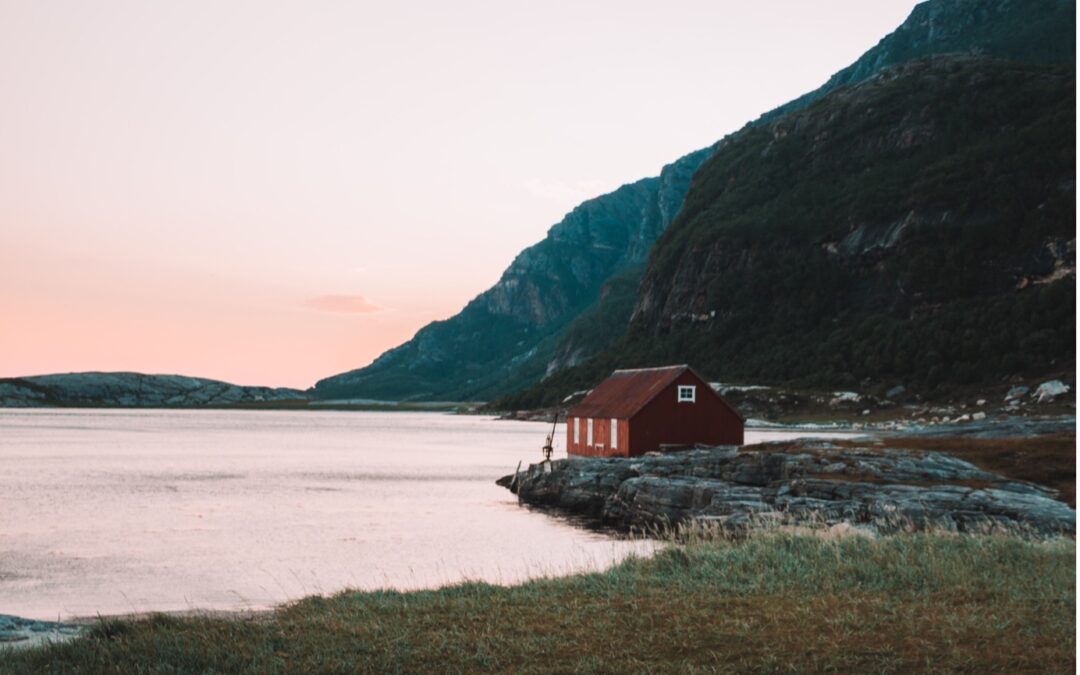 When we think about which places have the best grip on English as a second language, most people will naturally think of Scandinavia – with good reason. Sweden, Denmark, Norway, and Finland consistently feature in the top ten of the EF English Proficiency Index’s rankings, with the 2020 findings showing these four countries at second, third, fourth, and fifth position respectively, a highly impressive feat. Scandinavians’ high proficiency in English is largely an accepted fact, but we seldom question why they are just so good at it – here are the main reasons.

The principal reason why our Scandinavian cousins find English easier to pick up is because English, Swedish, Danish, Norwegian, and Icelandic all belong to the same core language family – namely, Germanic (Finnish is an outlier, belonging to the Finno-Ugric language family).  As a result, there are  many linguistic similarities between the Scandinavian languages and English, though particularly with Swedish, which shares roughly 1,558 words with its English relative. There are also many examples of Scandinavian countries adopting English loanwords (like taxi, hacker, lunch, badminton, and t-shirt, to name a few) to replace expressions in their own language, particularly when it comes to pop culture or technological terminology, as well as other foreign or new concepts. Additionally, there is also less of a divide between the general grammar and syntax of Scandinavian languages and that of English. For instance, the Scandinavian languages mostly follow the SVO (subject + verb + object) sentence structure, much like English, and verb conjugation is also very similar – unlike the Romance languages, (such as French, Spanish, and Italian) verbs do not change their form depending on the subject, meaning the process of learning, and using verb tenses in English is fairly straightforward for a Scandinavian. In short, the task of picking up and being able to use English is generally less daunting for a Scandinavian person than it would be for a Japanese person, for example, as a Scandinavian will be able to recognise many similarities between English and their own language that make the learning process far easier.

Here are some examples of Scandinavian-language words that are similar to their English counterparts:

In Scandinavia, high proficiency in English is also owed to how the education system values and teaches the language. In schools English is often considered a core subject rather than an elective one, and pupils start to learn it at the young age of around seven or eight, meaning that by time they are teenagers, the majority of students will have at least a basic or conversational knowledge of the English language. Compare this to the UK, where we mostly learn foreign languages from GCSE level onwards, where such subjects are usually optional anyway. At Higher Education or University Level, a lot of textbooks and resources can also be in English, and classes may even be taught in the language, meaning that most young adults in modern day Scandinavia are highly likely to have a good – if not fluent – level of English. To summarise, the importance of English in the overall Nordic education system is arguably one of the main reasons why so many Scandinavians grow up to speak English confidently, perhaps setting an example to other countries who do not value or integrate foreign-language learning as much into their respective curriculums.

Another factor that has led to high English proficiency throughout Scandinavian countries is their population’s consumption of English-language media. While most countries that import foreign-language television programmes or films tend to dub the media into their own language, Scandinavian TV stations use subtitles and retain the original English audio. This is partly due to economic circumstances. Larger, wealthier countries, such as Italy and Germany, can afford the costly nature of dubbing, whereas for countries with a smaller population, like Denmark, Sweden or Finland, subtitling is a more affordable option. As well as the many subtitled programmes on national TV stations, the BBC has an English language station, BBC Brit, that broadcasts in Denmark, Norway, Sweden, and Iceland. Constant exposure to the English language through media gives Scandinavians’ English language abilities a significant boost, as consuming foreign language media with subtitles can lead to the acquisition of foreign language skills. In fact, a 2011 study by the European Commission on the use of subtitling in 33 countries found that “subtitling helps to improve the mastery of foreign languages” and can “contribut[e] to creating an environment that encourage[s] multilingualism”. Many Scandinavians are also exposed to the English language through music. Currently, the charts in Sweden, Norway and Denmark feature plenty of English-language artists, such as Dua Lipa, Adele, Ed Sheeran, and the Weeknd. With such a consistent and unavoidable exposure to English, it is no wonder that so many Scandinavians are also proficient speakers of the language.

English as a language of business

In the Scandinavian countries, English is viewed as an important language of business, and treated as a working language, or lingua franca. The Nordic countries exported goods worth  a value of €364 billion, primarily to the EU. The primary exports of the Nordic countries are natural resources, like petroleum, as well as paper, fish, and machinery. As Sweden, Denmark, and Norway primarily export their goods and business to EU countries where English is still used as lingua franca, English language skills and a knowledge of the English language are significant to the Scandinavian economies. In addition to this, the Swedish brand IKEA, worth $17.9 billion, trades globally, especially in English-language countries, like the US and the UK. Since the Scandinavian countries’ economies rely on business and trade with foreign countries, particularly those that either speak English as a national language or use it as a lingua franca, it is important for people involved in business in countries like Norway, Sweden, and Denmark to be proficient in the English language. 1.75 billion people globally speak English, thus the language’s significance is clear, especially for the Scandinavian countries, and Scandinavian companies such as IKEA, H&M, Spotify, and Volvo, who rely on trade with the global economy.

Many factors, such as the significance of global trade for Scandinavian countries, the consumption of English-language media, as well as education and similarities between English and Scandinavian languages, have reinforced the importance of English for the Scandinavian countries and highlight why the language has such a prevalence in the region. Evidently, many Scandinavians are immersed in the English language from a young age, with the language continuing to play a significant role throughout their lives. If you require translation or interpreting services in any language, you can get a quote here from Crystal Clear Translation.