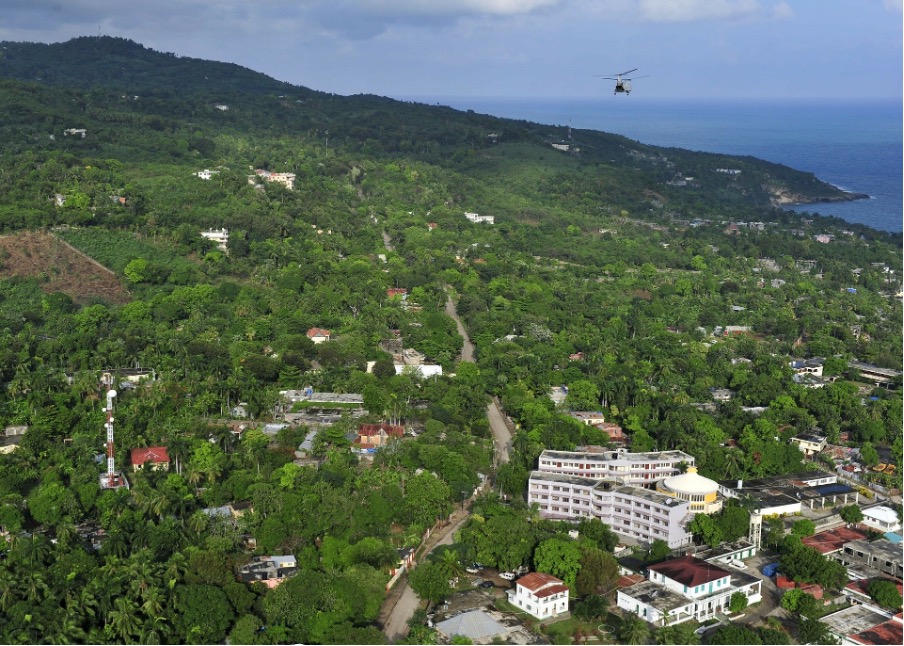 Creole languages develop initially as a mode of communication between speakers of different languages, initially in the form of a pidgin language. In the cases of some of the languages mentioned in this article, like Jamaican Creole or Nigerian Pidgin, the need for this form of language arose from the colonisation of the Caribbean and Africa by the British Empire and France. Unlike pidgin languages, creole languages are typically spoken as a first language and become official languages, with specific grammatical rules and structures, as well as changes in syntax and pronunciation.

Here are some useful phrases in Nigerian Pidgin:

Here are some useful phrases in Haitian Creole:

Also known as Jamaican Creole, Jamaican Patois is an English-based creole language that originates from the 17th and 18th century. There are 2.6 million Jamaican Patois speakers in Jamaica, and an estimated 3 million speakers globally. In addition to this, there are significant populations of Patois speakers in Costa Rica, where there are 55,100 speakers, and 268,000 speakers in Panama. Like Haitian Creole, the Jamaican Patois language has been influenced by African languages, such as Akan, Igbo, and Wolof, as well as English. Jamaican Patois shares some similar pronunciations with English, such as the word “sumadi” (somebody), “moni” (money), and “ier” (hear). The language also features the use of compounding, for instance, “yeye-wata” (literally meaning eye water, or tears). Some Jamaican Patois words that have been borrowed from Akan include “duppy” (meaning a malevolent ghost or spirit) and “anansi” (spider). Like English, Jamaican Patois uses a subject-verb-object (SVO) word order and a Latin script.

Here are some useful phrases in Jamaican Patois:

Here are some useful phrases in Kituba:

Betawi, also known as Betawi Malay is spoken by over 5 million people, mainly in Indonesia. It is an informal language developed from 19th century Malay-based Creole. During the era of the Dutch East Indies, Jakarta was called Batavia, which is where Betawi gets its name. It is a combination of Malay, Hokkien, Arabic, Portuguese, and Dutch. Betawi is divided into two main dialects, the more popular Kota and Udik which is concentrated in the suburbs. Betawi is the basis for most slang in Jakarta.

Here are some useful phrases in Betawi:

​​Antillean Creole is based on French but incorporates Carib and African languages and is spoken mainly in the Lesser Antilles. As English becomes more widespread, the number of people speaking Antillean Creole deteriorates, however, there are certain efforts to maintain its use. Each year at the end of October, St. Lucians celebrate their pride in their Creole language and identity through the festival of ‘Jounen Kweyol’. Furthermore, there has been a literary revival using Antillean Creole in the past few decades due to writers such as Monchoachi. Antillean Creole originated during the era of slavery. Slaves from different parts of Africa were forced to communicate despite not knowing one another’s languages or that of their French slave owners. The combination of these languages become Antillean Creole and spread across the Caribbean.

Here are some useful phrases in Antillean Creole:

Creole languages encapsulate a contentious area of history from the perspective of the colonised and those forced into labour. These individuals have adapted to rapidly changing cultural environments to sustain a semblance of their identity while communicating with a vast number of new people. In modern times these languages are often a point of pride, celebrated as a symbol of unity and survival. To learn one of these languages is to overtly analyse an array of interactions between cultures in every word.  Should you require a Creole / Krio interpreter or translator, visit Crystal Clear Translation for a quote.