How Much Do You Know About the Fascinating Influence Of The Arabic Language on Spanish? 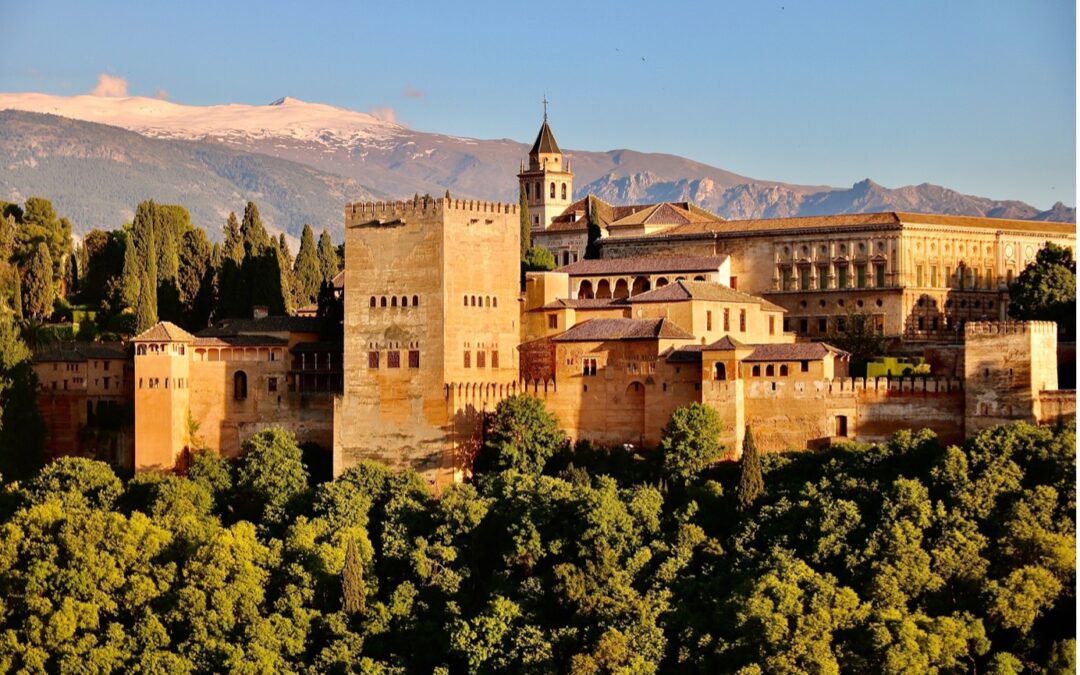 In the southernmost region of the Iberian Peninsula, there is a mere 13 km separating Spain and Morocco. With that narrow distance in mind, it seems only logical that there have been interactions between the Spanish and Arabic languages. However, Spanish and Arabic have a shared history that goes far beyond geographical distance. In fact, this history spans thousands of years, dating back to the Muslim rule of Al-Andalus, an area which is now the location of Spain and Portugal. This period of Islamic rule, during a period called the Islamic Golden Age, had a great deal of influence on the Spanish language, ranging from the use of Arabic loanwords in modern Spanish, to place names and surnames.

History of the relationship between Arabic and Spanish

Whilst Old Spanish, also known as Old Castilian, was a dialect of Vulgar Latin, the modern version of Spanish that exists today owes a great deal to Arabic. For instance, there are an estimated 4,000 loanwords in modern Spanish from Arabic. The primary reason for the sustained influence of the Arabic language on the development of the Spanish language was the result of Muslim rule of the Iberian Peninsula, between 711 and 1492, leading to the creation of a region referred to historians as Al-Andalus. After the Umayyad Caliphate’s conquest of the Iberian Peninsula, the Umayyad Emirate of Cordoba was established in July 711. Following the Umayyad Caliphate’s collapse in the 1010s, the region became the principalities known as Taifas. The region then changed hands between the Almoravids, the Almohads, the Marinids, and finally the Emirate of Granada. During the periods of rule by these different groups, the population of Al-Andalusia initially spoke several different Romance dialects, which are referred to as Mozarabic (also known as Andalusia Romance). This language was dominant in the region until the Late Middle Ages, after which different Arabic dialects, known as Andalusi Arabic, were more widely spoken by the region’s populace. Although these languages eventually became extinct, they had numerous influences on Castilian Spanish, which became the Spain’s official language in the 15th century and is still spoken to this day.

What are some examples of the Arabic language’s influence on Spanish?

There are plenty of examples of the influence of Arabic on Spanish, such as the use of the Arabic definite article “al” in Spanish nouns. For instance, this influence can be seen with the Spanish word for pillow (“almohada”), wallflower (“alhelí”), and invoice (“albarán”). Plenty of words relating to agriculture, the military and science can be found in the Spanish vocabulary, such as algodón (cotton), limón (lemon), alcazabas (citadels), álgebra, cifra (cypher), and alquimia (alchemy). In addition to this, other words borrowed from the Arabic language include “aceituna” from زيتون, or zaytun (meaning olive), café from قهوة, or qahua (meaning coffee), and azucar from السكر, or alsukar, (meaning sugar). Many names of Spanish towns and cities derive from Arabic, such as Alcántara, which originates from the Arabic word al qantara (القنطرة), meaning bridge, as well as Gibraltar (from the Arabic Gibr al-Tariq, meaning “Rock of Tariq”), and Andalucia, from the Arabic “Al-Andalus”. The Spanish language has also borrowed a verb-subject-object (VSO) word order and the suffix “í” from Arabic

How has Spanish culture been influenced by Arabic?

Arabic’s influence on Spanish culture is not just limited to ocabulary. The Moorish hold on the Iberian Peninsula was so firm and long-standing that we can still see remnants of the rule. Along with Arabic words that were adapted to the Romance languages, Arab Muslim artistic influences prevailed.

The Islamic influence on Spanish folk music is immediately apparent. For instance, the Aragonese jota, and Valencian alba are strongly reminiscent of Islamic chants. The five-tone scale of the Arabic zajal spawned gypsy music and cante jondo (T.B Irving). The Flamenco was also a direct descendant of Arab musical styles. Components such as the cante (singing), bail (dancing), toque (guitar) and jaleo (rhythm) were directly influenced by the Arabs and Berbers who inhabited Spain. The sounds used in the cante, such as ‘lelelele’ and ‘ayayay’ are derived from the Arabic invocations and exclamations such as ‘Ya ‘ain!’ (O eye!). The creation of flamenco symbolises the interaction between Muslims and Christians on the fringes of society following the persecution of religious outliers by the Spanish inquisition in 1492. It represents a unity between people culminating in artistic cross-pollination. The name Flamenco itself is thought to have been derived from the Arabic fallah manjo (fugitive peasant).

The Spanish absorbed many other aspects of Arab culture. For instance, the Arabic numerals, which are now used worldwide, and algebra. Aristotelian philosophy which was a key aspect of Spanish political discourse, such as during the Valladolid debate, was reintroduced to Europe by the Muslims. Many technological innovations such as irrigation were also introduced which facilitated the production of agriculture.

Why should an Arabic speaker learn Spanish and vice versa?

Spanish is considered a universal language; it is the official language of twenty countries and the second most spoken language in the world. It is extremely beneficial for those who travel frequently. It can also enhance job opportunities because of the abundance of international Spanish speakers.

Moreover, Arabic is one of the six official languages of the United Nations. Arabic countries such as the UAE are leaders in commerce and being able to interact with the people who live there could be very useful in your career. Indeed, Arabic speakers are in very high demand for many jobs. Furthermore, you’ll gain an insight into a rich and fascinating history that is often overlooked.

Moreover, as mentioned before, the two languages share a lot of vocabulary. There are also some shared letter pronunciations that don’t exist in many other European countries such as the guttural ‘j’ sound and rolled ‘r’. Learning Spanish requires approximately 600 hours of learning, whereas Arabic requires 2200 hours and is considered one of the hardest languages to learn. However, Spanish speakers tend to pick up Arabic a lot quicker than others due to the similarities in the languages.

The history of the Spanish and Arabic languages are uniquely intertwined. This connection is symbolised through the exchange of language, knowledge, and music. The speakers of each language may find a special significance in learning the other language, and a deeper understanding of each culture respectively.