The Top 10 Most Widely Spoken Languages In the World 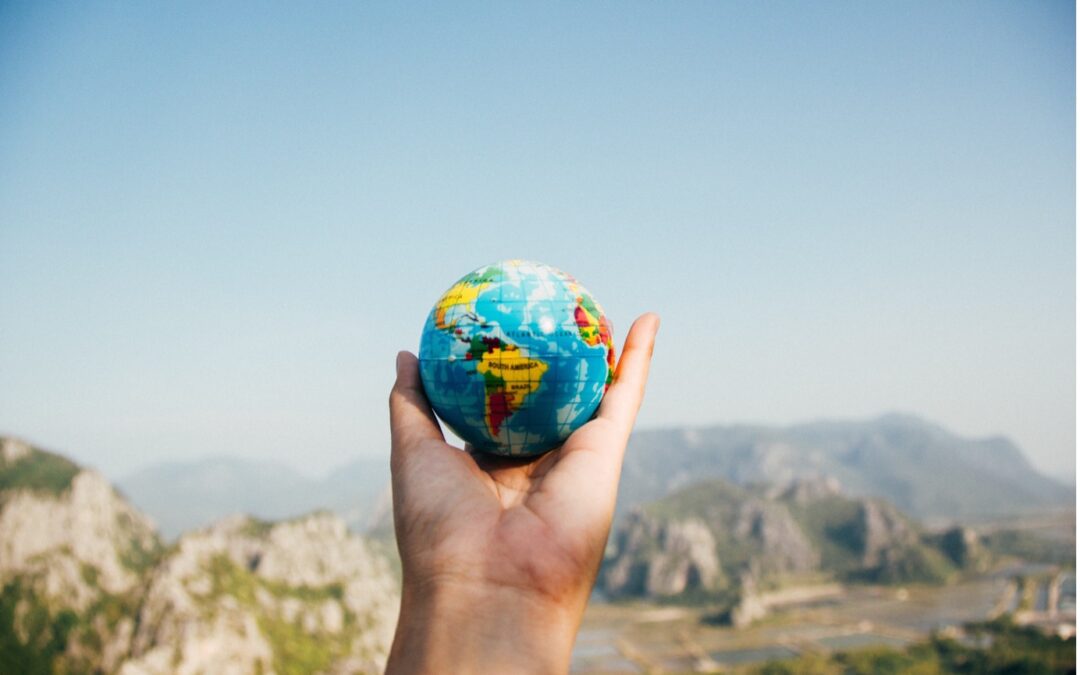 As of 2021, estimates show that there are over 7,139 languages spoken in the world today, a figure that is constantly changing as languages simultaneously die out and grow in speakers – indeed, over 40% of languages are considered to be ‘endangered’, and only 23 languages out of over 7,000 account for half the world’s population. It would take a long time to read about all 7,139 of our world’s languages, so we’ve compiled a profile of the top ten.

Depending on which criteria you use for ‘most widely spoken’ (i.e., as a first/native language or including as a second language) English comes either first, second, or third. In terms of just how many people can and do speak English however, it would be illogical to not claim that it is without a doubt the most ‘widely’ spoken language, often considered the international language. English boasts around 1.35 billion speakers worldwide as both a first or second language and is an official language in almost 67 countries, as well as being a co-official language of the United Nations.  The reach of the English language is often a controversial subject, as much of its influence is owed to Britain’s colonial history, especially in Africa, India, and parts of the Far East. English belongs to the Germanic languages tree, (specifically West Germanic), and therefore has similarities with languages like Swedish, Danish, Norwegian, Dutch, and German, though it also contains a huge number of loan words and expressions of French origin, owing in part to the Norman Conquest of England in 1066, as well as the general influence of Latin in both culture and society. English uses the Latin writing system and follows the SVO (Subject/Verb/Object) sentence structure. It is also a language with much hybridity, with a huge variance in dialects, accents, and idioms, to such an extent that in its home country of England, an accent can change within even a small ten-mile radius!

With a population close to 1.4 billion people, China is home to approximately 302 living languages, which can be divided into 10 main languages groups. The variety of Chinese that is mostly widely spoken and is most recognisable is what we know as Mandarin Chinese (or Pǔtōnghuà / 普通话). A close second to English in terms of the number of general speakers it has, over 1.120 billion people use Mandarin Chinese, with most speakers (955 million, to be exact) residing in China itself. Mandarin is one of the Sinitic languages, a name referring to a branch of the Sino-Tibetan language family tree that encompasses over 400 languages, including many Chinese languages, Burmese, and Tibetic languages. Like many languages of its kind, Mandarin uses very specific and often very complex writing systems. The two main ones are the Chinese characters called hànzì (literally ‘Han characters’) and pinyin, the Romanised version of standard Mandarin Chinese, often used in teaching Mandarin to beginners. The hànzì are logograms, a written character that represents a word or morpheme. Estimates predict that there are over 50,000 Chinese characters in total, though most people will only know and use around 8,000, needing only roughly 2-3,000 to read the daily newspaper, much in the same way that native English speakers don’t know every single word in English!

Mandarin Chinese is a tonal language, with four main tones and a ‘neutral tone’. When learning Chinese, it is impossible to avoid memorising the correct inflection or pronunciation of specific words due to their tone – you could either be saying ‘mother’ or ‘horse’ depending on where you place the spoken emphasis! Despite (or perhaps owing to) its complexity, Mandarin Chinese is language that is rapidly growing in demand, particularly due to increased trade with China, with many businesses looking for people with a knowledge of the language – all the more reason to give Mandarin a go!

The seventh largest country in the world with a population of 1.3 billion, India has over 22 languages recognised in its official constitution, reflecting a land that is known for its incredible cultural diversity. Hindu or Urdu is the main spoken language, but the question of whether these two dialects can be considered one language (known as Hindustani) is an incredibly sensitive subject that is still up to much debate – for the purposes of this list, they will be addressed separately. An Indo-Aryan Language mostly spoken in the North of India, Hindi has over 600 million speakers worldwide, with around 200 million of these outside of India. Hindi uses the Devanagari writing script, composed of 47 characters with 14 vowels and 33 consonants. The language’s orthography reflects its pronunciation, and like the Latin alphabet, it is written from left to right. As a result of Britain’s colonisation of India, it is hardly surprising that there are also many Hindi loanwords used in English today, such as bungalow, guru, bandana, jodhpurs, jungle, mantra, and loot.

Spanish is a well-known Romance language derived from Latin spoken in the Iberian Peninsula and boasts almost 500 million speakers across the world. Spain’s past imperialistic history means that Spanish speakers are spread widely across the planet, with most speakers outside of Spain residing in Latin America where the official language is usually Spanish (except for Portuguese in Brazil). As with English, there is a drive to increase the use of indigenous languages in former Spanish colonies as a way of resisting the domination of the language of the colonisers, so to speak. Despite this, Spanish remains one of the most important languages in the world, with an incredibly rich history and cultural output. It is one of the six official languages of the United Nations and is constituently official in over 21 countries, often also taught as a second language in many schools across the world. Spanish is a largely phonetic language, meaning words are largely pronounced how they are written, a fact that makes Spanish somewhat easier than languages such as French or German for a beginner to pick up. As with many languages, Spanish has many regional varieties, with differences between Latin American and ‘mainland’ (Castilian) Spanish and variances within the different regions of Spain itself (someone from Seville will sound very different to someone from Madrid, for example). One interesting fact about Spanish is, despite being a Latin language, it has many loanwords from Arabic owing to the Muslim conquest of Spain in the 8th century; some of these words include almohada (pillow, from mihaddah), taza (cup, from tassah) and arroz (rice, from aruzz).

Having just mentioned this language’s influence on Spanish, Arabic is conveniently placed just after Spanish in the rankings as the fifth most widely spoken language, with around 422 million speakers worldwide. Arabic is both widely spoken in the Arab world as well as in countries involved in the Arab diaspora, meaning Arabic has a huge reach in terms of its speakers. Arabic has official status in over 26 countries and is the liturgical language of Islam, with the Quran written in Arabic. It is a Semitic language, which refers to a branch of the Afroasiatic language family, spoken by over 300 million people and including languages such as Amharic, Hebrew, Tigrinya, and Maltese. A language with an incredibly long and colourful cultural history, Arabic is often seen as a challenging language to learn. It uses the striking Arabic script, which is written from left to right, with an alphabet containing 28 letters. Arabic grammar and morphology are very different to that of English, and pronunciation can also be a challenge, as many vowel sounds that we use in English are omitted in Arabic. Despite these apparent obstacles, learning Arabic is a worthwhile endeavour for any budding polyglot – it is hugely in demand for several reasons. Owing to humanitarian crises in the middle east, many charities are looking for speakers of Arabic to help those displaced by such events. At the same time, increased trade with the Middle east (as with China) means businesses are always on the lookout for any possible speakers of the language, which may possibly lead to many travel opportunities.

Bengali, also known as Bangla, is an Indo-Aryan language spoken throughout the world by 268 million people. It is an official language in India and Bangladesh. Bengali is most widely spoken in Bangladesh, where there are 159 million Bengali speakers. The language is also spoken prominently in India, home to 104 million Bengali speakers, 96.5 million of whom speak Bengali as a first language. In addition to Bangladesh and India, Bengali is also widely spoken in Pakistan (around 3 million speakers), the UAE (337,000 speakers),  Myanmar (286,000 speakers), Singapore (100,000 speakers), and Malaysia (81,000 speakers). A significant number of Bengali speakers can also be found in the United Kingdom (221,403 speakers). There are several major Bengali dialects, such as East Bengali, Rangpuri, Varendri (North Central Bengali), Sylheti, Chatgaya, Noakhailla, Manbhumi, Rarhi, and Sundarbarni.

Urdu is an Indo-Aryan language spoken by 230 million people globally, primarily in India, Pakistan, Bangladesh, the United States, and the UK. The Urdu language originated in the North India, close to Delhi, in the 12th century. It became the official language of Pakistan after the 1947 partition of India and Pakistan and is a recognised regional language in several Indian states, such as Jammu and Kashmir, Delhi, and Uttar Pradesh. There are 109 million Urdu speakers in Pakistan, 58.3 million Urdu speakers in India, and 737,800 Bengali speakers in Nepal. Urdu is also the fourth most widely spoken foreign language in the UK, where there are Bengali 269,000 speakers. The Urdu language is linked to the practice of Islam and a significant number of Urdu speakers are Muslim. There are numerous Urdu dialects including Deccani, Dhakaiya Urdu, and Rehkta.

Of course, there are many other languages spoken throughout the world beyond this top 10 list. However, the number of people that speak these languages is truly staggering, and conveys how speaking Mandarin, Hindi, Spanish, Arabic or Russian, can help you to communicate and connect with millions and millions of people across the globe. If you require translation or interpreting services in any language, you can get a quote here from Crystal Clear Translation.