The Top 6 Most Widely Spoken Languages in Ethiopia 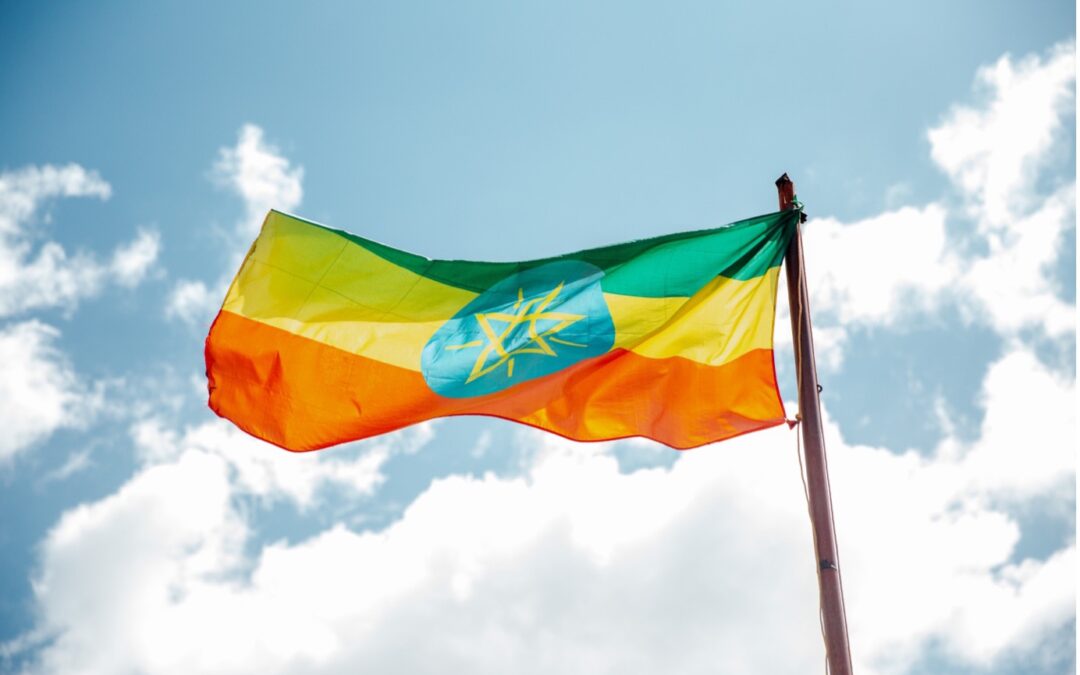 Ethiopia is a fascinating mosaic of cultures, not to mention the over eighty-eight languages in the country. Most of the languages can be split up into either Semitic (spoken mainly in the north), Cushitic (native to the western, southern, eastern, and south-western areas) or Omotic languages (concentrated in the southwest). Here, we will look at the main spoken languages in Ethiopia and provide some useful common phrases!

Tigrinya is a Semitic language, from the Afro-Asiatic language family. Aside from Tigre region of Ethiopia, it is also spoken in Eritrea. The written form of Tigrinya is called Ge’ez, named after the now extinct ancient language that preceded Tigrinya. It is spoken by around 7 million people worldwide and is present in varying communities such as in Israel, the US and Italy. Tigrinya differs in many ways from English. Consecutive consonants never occur at the beginning of words. Emphatic pronunciations are a distinctive feature of Tigrinya. Certain letters such as p or k are pronounced with a retracted tongue which alters the plosive sound of the letter. A consonant can only be in parentheses if it is a borrowed word. Here are some phrases from the Tigrinya language:

Sidama is a Cushitic language spoken mainly in the Southern regions of Ethiopia and has over 4.3 million native speakers. It employs a subject-object-verb (SOV) word order, like English, and shares lexical similarity with the Southern Ethiopian languages of Alaba-K’abeena, Kambaata, and Hidiyya. The literacy rate for native Sidama speakers is now below 5%. Until 1993, an Ethiopic alphabet was used to write Sidama, however the language now uses a Latin script. Here are some phrases in the Sidama language:

Wolaytta is a North Omotic language, the official language of Ethiopia’s Welayta zone, and spoken by around 2 million people. The first official Wolaytta publication was produced in 1934, when part of the bible was published in the language by the Sudan Interior Mission. The Welaytta are extremely proud of their written language, for instance when the Ethiopian government attempted to distribute books written in Wegagoda in 1998, the Welaytta discarded them and distributed their own. Wolaytta is a poetic language rich with proverbs such as “If one sells honey that is delicious and sweet to eat what he/she will eat, if one dislikes children, what will he/she love?” This represents the integral nature of children in society symbolised by the positive connotations of honey. It uses the basic SOV sentence structure. Unlike other Ethiopian languages, it uses ‘p’ instead of ‘f’. Here are some phrases in the Wolaytta language:

Spoken in Ethiopia and Kenya, Oromo is a Cushitic language from the Afro-Asiatic language family and is the language of the Oromo ethnic group. It is one of the five official languages in Ethiopia and is the primary language of 33.8% (around 24.9 million people) of the country’s population. Unlike other languages in this list, like Amharic, Oromo is a macrolanguage, which can be defined as “a group of individual languages which are closely related to each other and are considered as a single language in certain contexts”. Three of the individual languages of the Oromo macrolanguage derive from Ethiopia: Borana-Arsi-Guji Oromo, Eastern Oromo, and West-Central Oromo. All these languages are written using a Latin script, although Muslim speakers of the Oromo language use an Arabic script. Here are some Oromo phrases, from the Borana-Arsi-Guji Oromo (Afaan Oromoo) language:

Another of the official languages of Ethiopia, Amharic is the language of the Amhara people, and is one of Semitic languages from the Afro-Asiatic language family. The language is used as a working language (lingua franca) in Addis Ababa, Dire Dawa, the Amhara Region, Gambala Region, and the Benishangul-Gumuz Region. It is also the working language of the Ethiopian federal government, and was previously the only official language of Ethiopia until 2020. Despite being the sole official language of Ethiopia for many years, Amharic was spoken by fewer people than Oromo, being spoken by an estimated 29.1% of the country’s population. In total, Amharic is spoken as a first language by 21.6 million people in Ethiopia. Amharic is written using a version of the Ge’ez script known as Fidel and uses an abugida writing system. Here are some useful phrases in the Amharic language:

The multifaceted languages of Ethiopia are distinctly unique and incredibly interesting, highlighting different aspects of Ethiopian culture, as well as the wider cultures of the different ethnic groups that live throughout the country. If you require translation or interpreting services in any language, you can get a quote here from Crystal Clear Translation.