Which Arabic Dialect Do I Need? 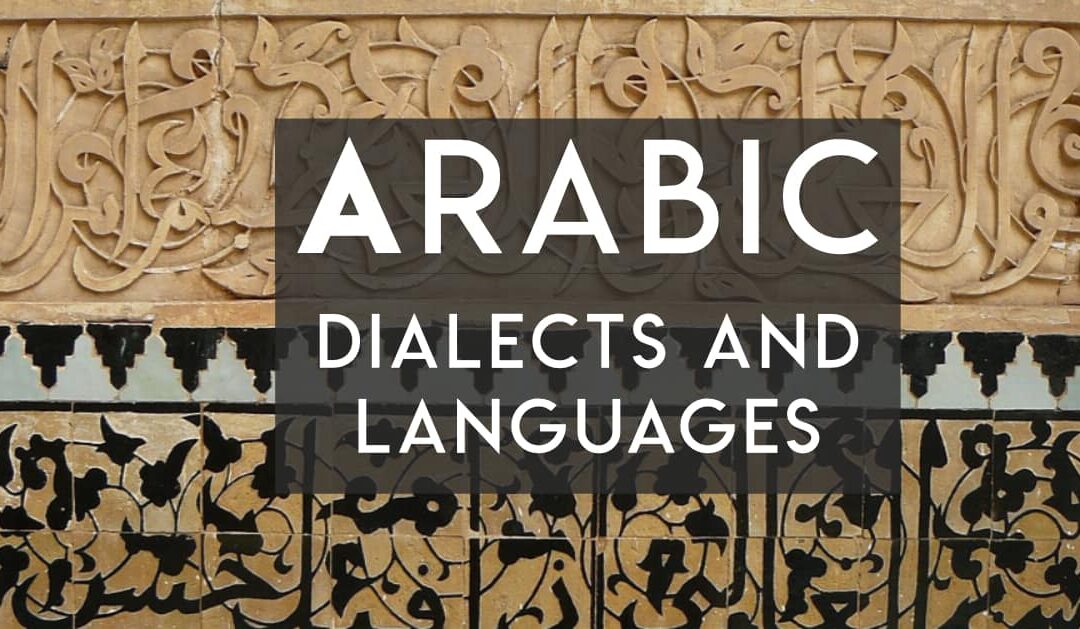 There is an average of 7000 spoken languages today, and I have chosen to learn the fifth most spoken language in the world – the Arabic language. This language is spoken by an average of 300 million speakers across the globe. You should know that this language is the native tongue of the 22 countries that make up the Arab League. On Dec. 18, 1973, my choice language took its place among the big players in the U.N. With its approval, the world became more aware of its vast contribution to humanity.

Now, if you live in any of the 22 Arabic-speaking nations, conversing fluently in the language may soon become a norm for you. However, it is ranked one of the most difficult languages for native English speakers. The most apparent reason you might find it challenging to learn is that the language has very few words similar to those of European languages. In fact, the Arabic language lacks vowels.

When you are writing in the Arabic system, you have to use only the 28 consonant letters. Of course, you can include vowels in the language by using the language’s vowel marks. The Arabic language has a rich vocabulary. This vocabulary is made up of about 12.3 million words. And over its 1,500 years of existence, many other languages have adopted some of these words. This language, however, exists in dialects, which I have to choose which one I need.

How many Arabic dialects can I choose from?

I have identified the formal distinctions of the Arabic dialect. The differences are two dialects: Modern Standard Arabic (MSA) and Classical Arabic (CA). In the 19th century, MSA was developed as the modern version of CA. CA is also considered Quranic Arabic, which was used to write the Holy Quran and literature works. CA is also the dialect used in day-to-day conversation in Arab gatherings.

I found another distinction of the Arabic dialect. This distinction is based on regional language groups. These regional groups are not described by the borders of modern states. However, different Arabic dialects that are nearby or share the same region can readily understand one another. The primary factor for this distinction is the influence of other languages previously spoken in the regions.

What Regional Arabic dialects do we have?

The main regional Arabic dialects we have are Gulf, Egyptian, Maghrebi, and Levantine Arabic. I will have to visit countries like Morocco, Algeria, Tunisia, Libya, and Mauritania if I want to get better acquainted with the native Maghrebi Arabic dialect. These countries are north of the Sahara desert and west of the Nile River. The word Magreb does mean western in the Arabic language. Hence, Maghrebi Arabic dialect is also referred to as western Arabic.

Gulf Arabic is a regional dialect that is closely related. However, they differ in vocabulary, grammar, and accent. The dialect is common to counties around the coasts of the Persian Gulf. Hence, countries such as Kuwait, Bahrain, Qatar, UAE, Saudi Arabia, Iraq, and Oman are where you can find the majority of its native speakers.

Which Arabic dialect do I need?

If I wanted to pick the most widely used dialect, then the Egyptian or Masri dialect is the Arabic dialect I need. Of course, it is typically spoken in Egypt. And with this dialect, I will be able to converse with the 68 million other speakers.

Egypt has a strong media influence. This influence can be seen across their books, plays, and music. Hence, this dialect gives me access to understanding Egyptian heritage. I would also need it for a grand entrance into the Arabic language. More so, it is part of the simple section of the difficult Arabic language.

If I employed an Arabic immigrant, our relationship stands a better chance to succeed with my knowledge of the Egyptian dialect. When I travel to any of the areas where Egyptian Arabic is dominant, I will be enjoying the benefit of easy communication.

I may as well need the Egyptian dialect because of the high demand for Arabic speakers. My choice will then allow me to be a language instructor, translator, interpreter, lecturer, or bilingual business and commerce employee. And with each of these jobs come above-average financial incentives.

The Arabic dialect I will need depends on what I will achieve using the dialect. To narrow down what dialect would be suitable for your need, here is a summary: If you are a professional translator, or you need to read the newspaper, write a report for your project, or even work in politics, then what you need is Modern Standard Arabic (MSA).

By choosing MSA, you should know that native speakers may not understand you because MSA is not used anywhere in the world as a day-to-day dialect for conversation. However, if you need to be coherent on social media, speak fluently with your family members, friends, professors, or co-workers, then you need a Classic Arabic (CA) dialect.

To Learn Which Interpreter do I need?

Check out the Crystal Clear Translation website to learn the Arabic dialect you need.

Ready for a Learning Quote?

You need to be vast in the use of an Arabic dialect. It is not only lucrative, but it is also an opportunity for you to connect to the heart of the native speakers of the dialect. Now, connecting with them will make your trips more excellent. And your workplace will become more productive. To be trained in speaking fluently in the dialect you need, click on our language classes to find out more about how we can help you.

Like what you see? Arrange a 30-minute call to chat about your requirements.